Problem-Hackers exploited the “alternative payment options” in Etsy seller payment options.  The sale goes through, item not ever paid, buyers still able to leave bad reviews and open cases against the shop for “item not received” even though it was never paid for.

Solution-Etsy will remove the option for alternative payments on 10-16-2020.

Etsy has also diligently cleared up all cases and erased the unfair bad reviews that were mean to intimidate sellers into shipping items that were not paid for just to get the case and the review off their shops. 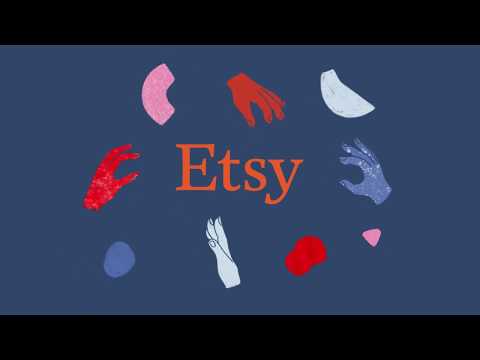 Who are these hackers and how did they try to hack Etsy Sellers?  Was it a competitor perhaps or some disgruntled seller with coding abilities?  Or maybe just some independent silent malevolent who hates all of the system.  Perhaps someone who grouped Etsy into a pile with not so down home friendly monopolies at large.   Monopolies we won’t mention here who don’t treat their sellers so nice as Etsy does.  Some who persay-don’t even allow their sellers to have privy to their clients email addresses. (talk about greed but that’s another matter all together.)

Here, here!  There will be an option for one more day to choose “alternative pay methods” in Etsy seller payment options.  The alternative payment options are outside of the normal debit/credit/paypal options.  Etsy being friendly enough to allow sellers to take payments into their own hands with their customers were exploited for their friendly option.

Unfortunately due to it being exploited by hackers Etsy is forced to no longer offer alternative payment options between buyers and sellers.

We surmise that somehow the hackers were able to tic the boxes on thousands of sellers payment options to “accept alternative payments” and then once ticked the “unpaid sales” flooded in and the option was exploited in the worst way.  What a mess!  Resulting in cases galore of “I never received my item” and bad reviews one after another.  On yes, unpaid purchases.

Then to make matters worse the mean and uncaring hackers where then able to leave bad reviews and make cases over unpaid ‘sales’.  Hackers were able to trash shops for not receiving the products even though they never paid for anything.

What on earth shall we do?  The sellers proclaimed “Am I to ship unpaid items just to remove the cases?”  No!  Absolutely not!  Do not cave to the demands of hackers…ever!

Potential buyers left reviews and made cases just as if the transaction had gone through and they were critiquing their products as not received.  It was not Etsy’s fault, these hackers are relentless and often they are expliters of the very software they developed.

No Corporation is Above Vulnerability, Not One

Any corporation is vulnerable to hacks no matter how big and powerful they are.  But will they clean it up as well as Etsy did with care and consideration for the seller?  Will they erase the cases and unfair reviews?  Will they remove the hiccups in the software they rely on.  And the big one does a company like Etsy ever admit being attacked?  Not if they can help it.  They do not want the public to lose confidence in their abilities.

However all I had to do is write a thread in community & help and Etsy cleaned up the entire mess for my shop.  Thank you Etsy!  I had over 5 fake unpaid sales and one “open case”.  Had I not cancelled the rest of the unpaid orders I may have ended up with 6 or more “open cases” against my shop.  Something like that could kill a shops reputation so I would have been tempted to appease the hacker by either shipping a free item or giving a refund that was never actually paid in the first place.  Buying them offer persay.

How Would Sellers React to the Cases?

Perhaps the hacker assumed Etsy sellers, once exploited by them in desperation would send out free products to unpaid buyers just to get the black mark of a “open case” off their shop and reputation.

The sales could be cancelled by the seller as “unpaid” IF they cancelled it before it made it into the “open cases” files.  But since most sellers are used to waiting for some automatic payments to process many did not cancel these sales and after a few weeks they escalated, one after another into “open cases”.

“I did not receive my item” SCREAMS THE HACKER even though the transaction was never paid.  I cannot say this enough.   Once it becomes a case the sellers couldn’t cancel the order.  They were stuck with it.

I considered sending out a shipment of something to the hacker with tracking just to remove the transaction and clear the open case myself.  However that would have been a bad idea I think.

Etsy to the Rescue!

In comes Etsy to the rescue.  When I posted a thread with the problem of “open case on unpaid transaction” I was taken care of immediately by the Etsy team.

Etsy will do away with alternative payment options as a solution overall.

Etsy had to work diligently night and day to clean up all the fake cases of items unpaid yet “not received” and I assume are still working to breakdown and remove all the reviews that were unfairly posted by unpaying hacker buyers.

Already the buyers no doubt hired by hackers have removed their Etsy accts.  Making them an “inactive” review.  I assume the reviews will soon take care of themselves by being inactive.

Another One Bites the Dust!

Shop All Outfits at https://leatherandlacz.com